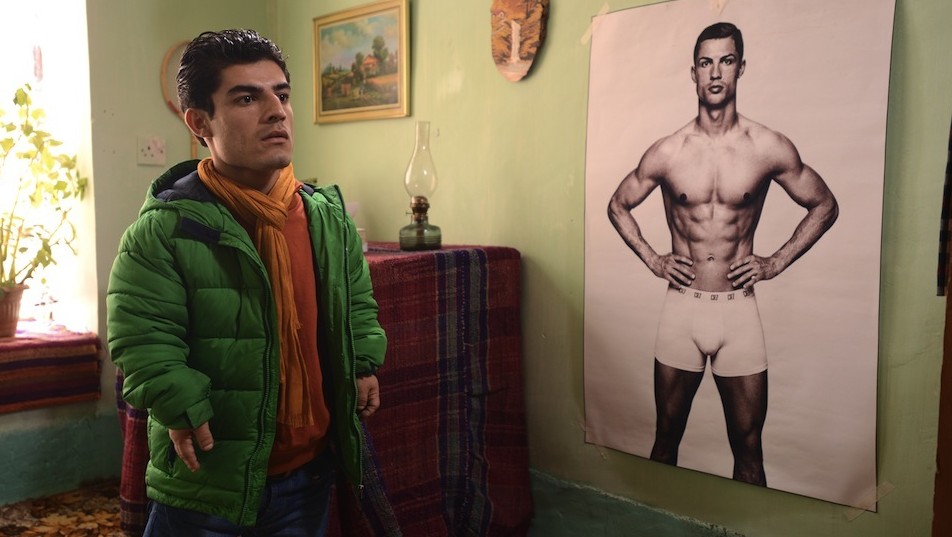 The successful operator of a Kurdish teahouse in Iraq, Alan (Wrya Ahmed) is a little person with soulful eyes, cheekbones like Michelangelo’s David, and a brave heartful of pluck. He has his sights set on a pretty girl in his village and plans to build her the biggest house in town, where they can raise 10 children. Her stern father, though, will not consent to the marriage. So lovelorn Alan corrals his brother on a perilous overland journey to Madrid aboard a ramshackle dirt bike to present a specially decorated pair of shoes to soccer star Cristiano Ronaldo and win his future father-in-law’s and Real Madrid fan’s respect..